In stock
Heriz Persian rugs are from the area of Heris/Heriz, in the province of Azerbaijan which is located in the northwest of Iran. The capital of Persian Azerbaijan, Tabriz plays an important role and is one of the major carpet weaving areas and has been known for the quality of their rugs for centuries. Northeast of Tabriz lies the area where the well-known Heriz/ Heriz rugs are woven. They are made in small villages surrounding the area and each village has its own characteristic and design but in general, all in geometric designs, using red and blues. The area is on the slopes of Mount Sabalan. The weavers are of Turkic speaking similar to the rest of Azerbaijan. Heriz carpets are durable and hard-wearing due to the quality of the wool which is obtained from the local area and can last for a generation. The Mount Sabalan sits on a major deposit of copper. Traces of copper in the drinking water of sheep and the combination of high altitude and harsh climate produces high-quality durable wool that is far more resilient than wool from other areas. The wool is often handspan, using local dyes which in time would become soft and muted and becomes more appealing and desirable. Heriz rugs are mainly on cotton foundation and the number of knots is approx. 20 to 35 knots per sq centimetre 19th and 20th. Century examples of Heriz rug are much sought after by decorator and designer due to the simplicity, bold geometric patterns with often a large medallion dominating the field. Such designs are traditional and often woven from memory. Allover designs are less common and are in demand at a higher premium since they are more decorative and easier to be placed in most interiors. Especially, In the last 200 years, Earlier examples made at the end of 19Th. or beginning of 20th. Century known as Serapi carpets often made in large sizes is very much sought after due to their simplicity and geometric designs which is the characteristic of Heriz rugs. Heriz rugs have their name well established among the most known carpet weaving areas in Iran and the older Heriz, Karajeh, Serapi rugs have always proven to be of good and kept their value.
£3,100.00
Add to Wish List
Skip to the end of the images gallery
Skip to the beginning of the images gallery 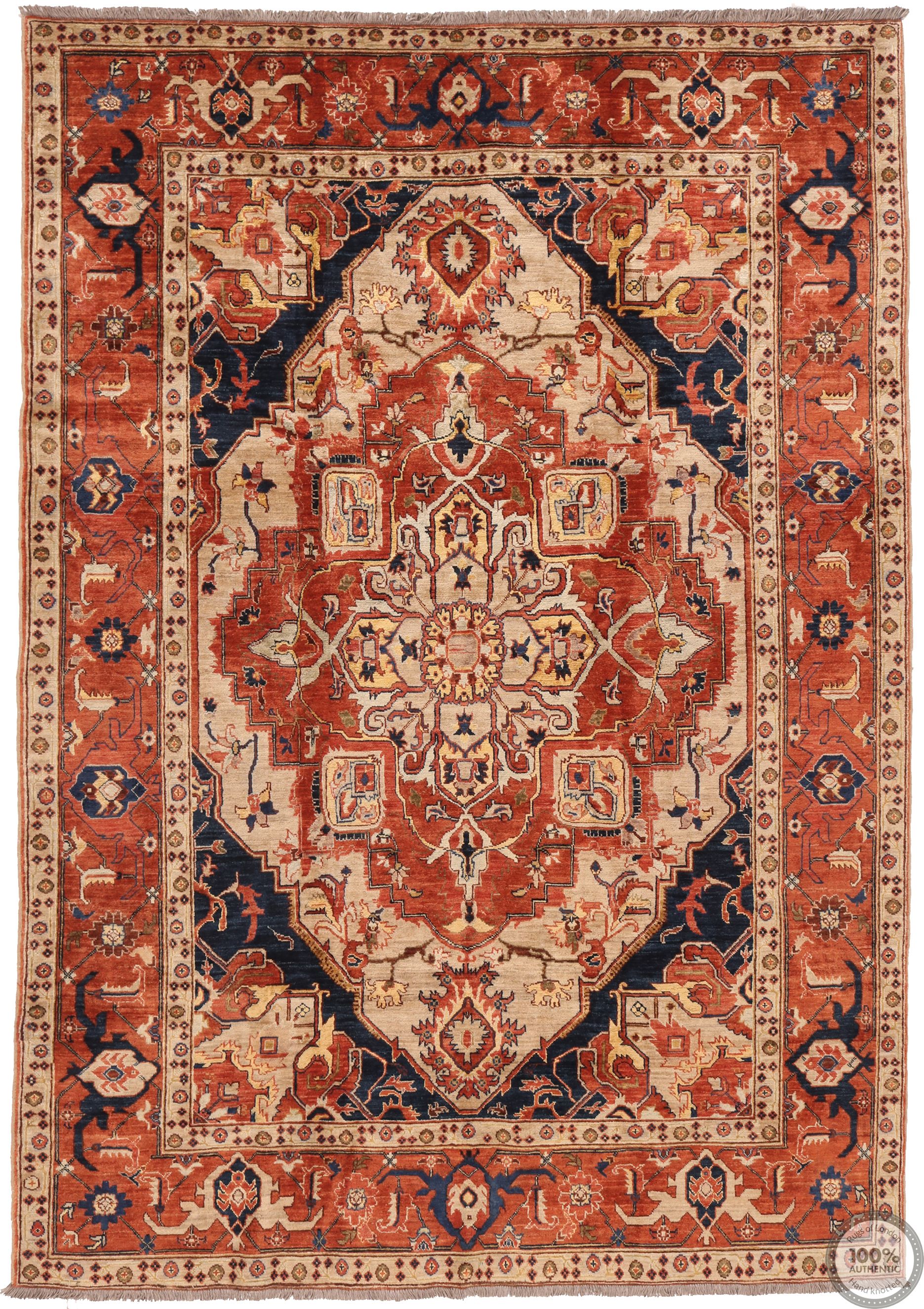 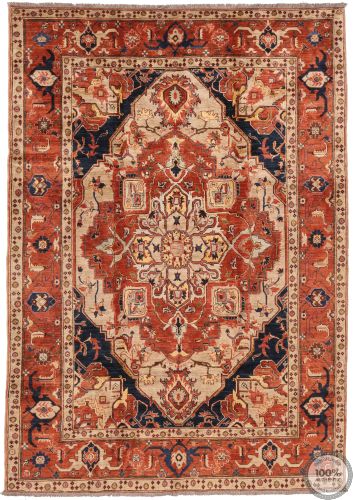 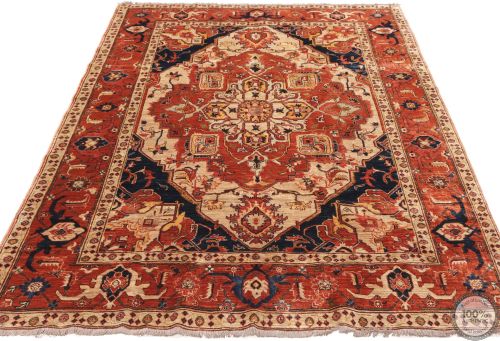 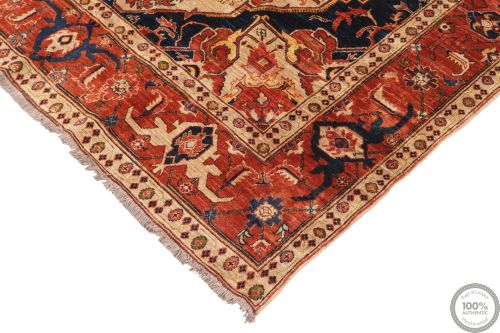 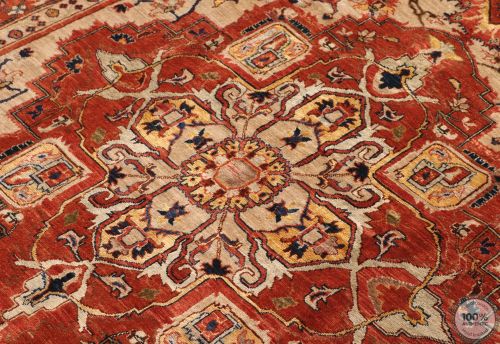 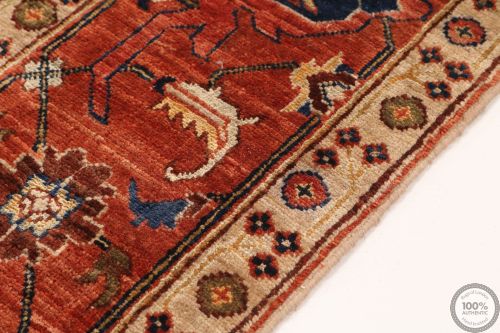 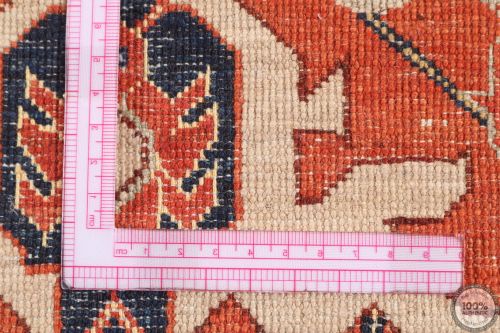 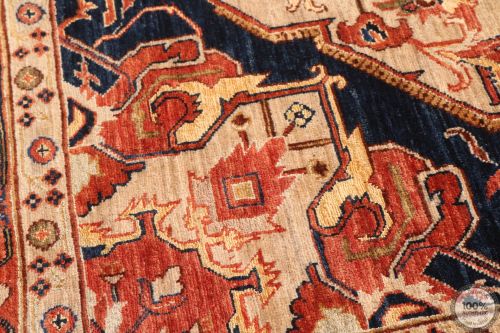 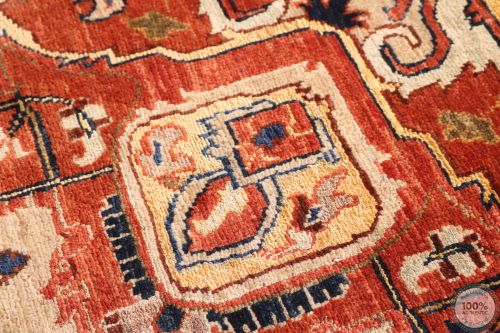 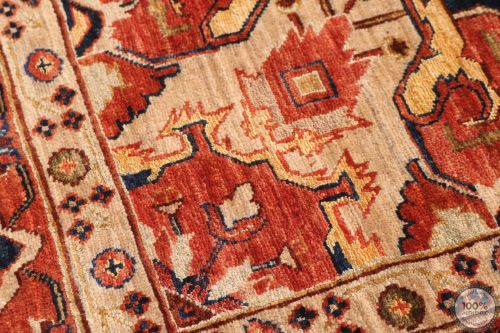